What to do: 7 Tivat tourist attractions worth seeing while travelling in Montenegro

This article would be interesting for those who do not intend to limit their summer stay in Tivat to the territory of the airport, hotel, apartment or one of the beaches and who want to get acquainted with this Montenegrin town. You will learn about the most popular beauty spots and monuments that Tivat is famous for.

It’s not necessary to come to Tivat in peak season. In winter, the attractions are even more accessible as there are far fewer tourists, though the climate is mild. Also, car rental in Tivat is much cheaper than in the season.

So, which attractions in Tivat and its surrounding area are worth visiting?

Built almost 500 years ago as the summer residence for two families (Bucha and Lukovic), this medieval castle is considered the main attraction of the town. The Palace of Bucha consists of 5 buildings, one of which is the chapel of St. Michael.

The old centre of Tivat is located 300 m above sea level on the Vrmac hill. In summer, this lovely village is particularly attractive for visitors, allowing them to get a feel of the local charm. And what is more, in modern Gornja Lastva, international master classes on architecture and the summer festival are held annually in the best traditions of Montenegro.

The big city park, spreads out near the Przno beach.
Besides the pleasure of walking along the green territory of the park during the hot summer period, there is another good reason to make sure to visit it. That is the largest botanical garden in the South Adriatic, known as the “Fleet Park” — further proof that the nature of Montenegro is truly unique.

You will encounter Zupa Park with the beach of the same name when driving north of Tivat airport. This place’s beautiful views impress both local residents and numerous tourists.

These are the three islands that form the so-called “Holy Archipelago”. Any experienced guide can tell you many legends about each one of them. At certain time periods, each of the islands was a place of pilgrimage.

The lovely Island of St. Mark has the biggest area. It is located 2 km from Tivat, between the Island of Flowers and the Island of Our Lady of Mercy. Despite the lack of infrastructure and accommodation, except for thatched houses, it was St. Mark’s Island that was previously considered the centre of luxury tourism in this region of Montenegro. From Tivat, you could get there and back by renting a local taxi boat. But now it is temporarily impossible to get to St. Mark’s Island due to the construction of a luxurious spa resort on its territory.

If you google the phrase “Tivat beaches”, you will get a list of names, among them the beach of the Island of Flowers (located 5 km from the centre of Tivat). The Island of Flowers got its name thanks to all kinds of Mediterranean plants that grow there. Moreover, this place is considered a religious site because it is home to the Orthodox Monastery of the Archangel Michael, where a metropolitan residence has been located since the 13th century.

In the old days, the monastery occupied the whole area of the island, but now it is only a small building with cells and the Trinity Church, rebuilt in the 19th century. In the temple, there are relics of 70 martyrs—monks who were poisoned. Currently, you can hold a wedding ceremony here. After the destruction, only ruins remain from the Archangel Michael Monastery, but you can take a walk around them while on the island. In addition to the ancient shrines, on this modest stretch of land there is a small pebble beach with a total length of about 1200 m.

On the smallest of the three islands – the Island of Our Lady of Mercy – there is a functioning nunnery and the Church of the Blessed Virgin. With a width of only about 80 m and a length of 147 m, the islet was erected in the 15th century by hermit monks and hidden from prying eyes behind 1.5 m high walls.

Talking about sights is great, but it’s better to see them at least once with your own eyes. So don’t waste time and come to Tivat — and you will find entertainment to suit any taste! For a more comfortable trip, rent a car on the spot and explore the stunning beauty of the islands. After all, there really are a lot of attractions to see that will bring you unforgettable memories! 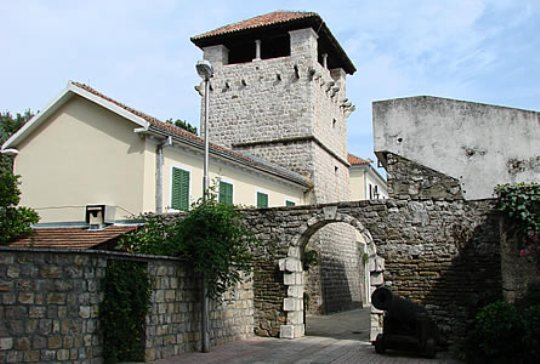 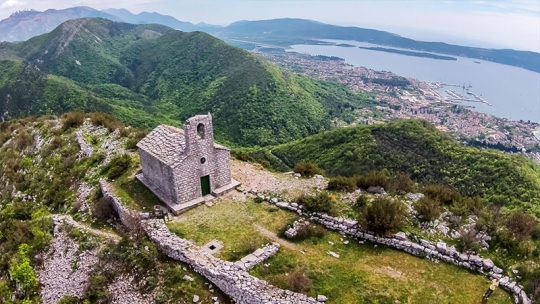 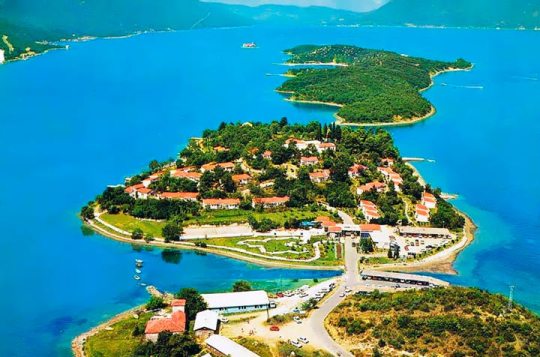